Lots of new features have been added to PageSpeedPlus in recent months and here are some of the highlights. These are all in direct response to user requests so if you would like to see anything added or changed, just get in touch.

Quite possibly our most requested feature of all time was the ability to have multiple users under one account. Today we are thrilled to announce that PageSpeedPlus has been rearchitected and designed around the concept of Teams instead of Users. This allows multiple people to be added under one Team.

Until now it was difficult for companies where more than one person needed access to data. Credentials had to be shared between people and the account sat under the email address that was used to sign up. This is insecure and frustrating to work with.

With the launch of our multi-user feature, these problems are solved. To add new a new user: 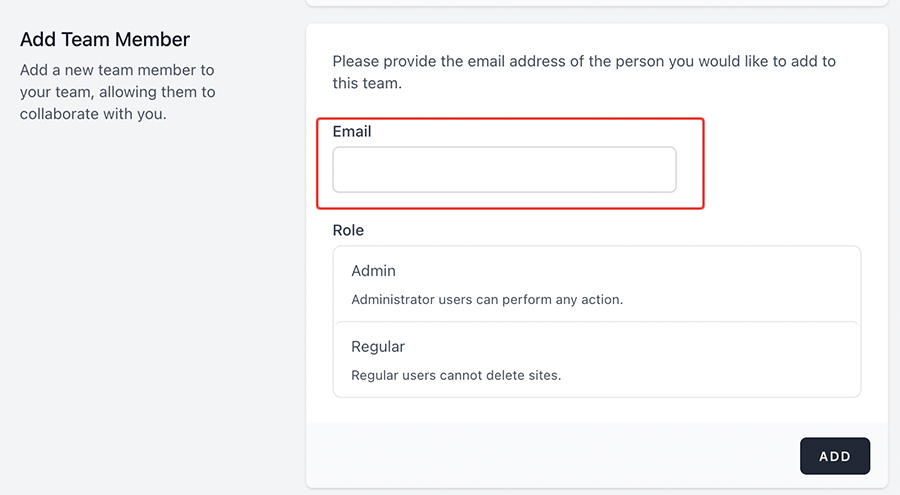 The person will now receive an email inviting them to join your team. They will first need to click the link to create an account and then go back to the email to accept the invitation. A list of all users in the team will then be shown on the Team settings page. Users can be revoked at a later date if needed.

It took us a long time to implement this feature because it required a total redesign of our entire code and database structure so had to be handled with care and tested extensively. For that reason, we are delighted to see it live and look forward to the increased flexibility it now provides.

Side note - Multiple users are only accessible on the Pro plan. If you need access to a higher number of users, get in touch with us.

When creating PageSpeedPlus a few years ago, we kept the UI basic to focus on the core application logic of automating page speed insights scans. This served us well when we just wanted to get an MVP up to validate our theory but we’ve known for some time that the basic bootstrap theme was starting to look dated and in need of a refresh.

While working on the multi-user feature, we also had to change so a lot of code in the front-end templates so we decided it was the right time to rebuild the front end.

We shifted from bootstrap to Tailwind and put a lot more emphasis on decluttering the UI to create better usability. There’s less information on the screen now and additional context is instead shown in tooltips and hover modals. 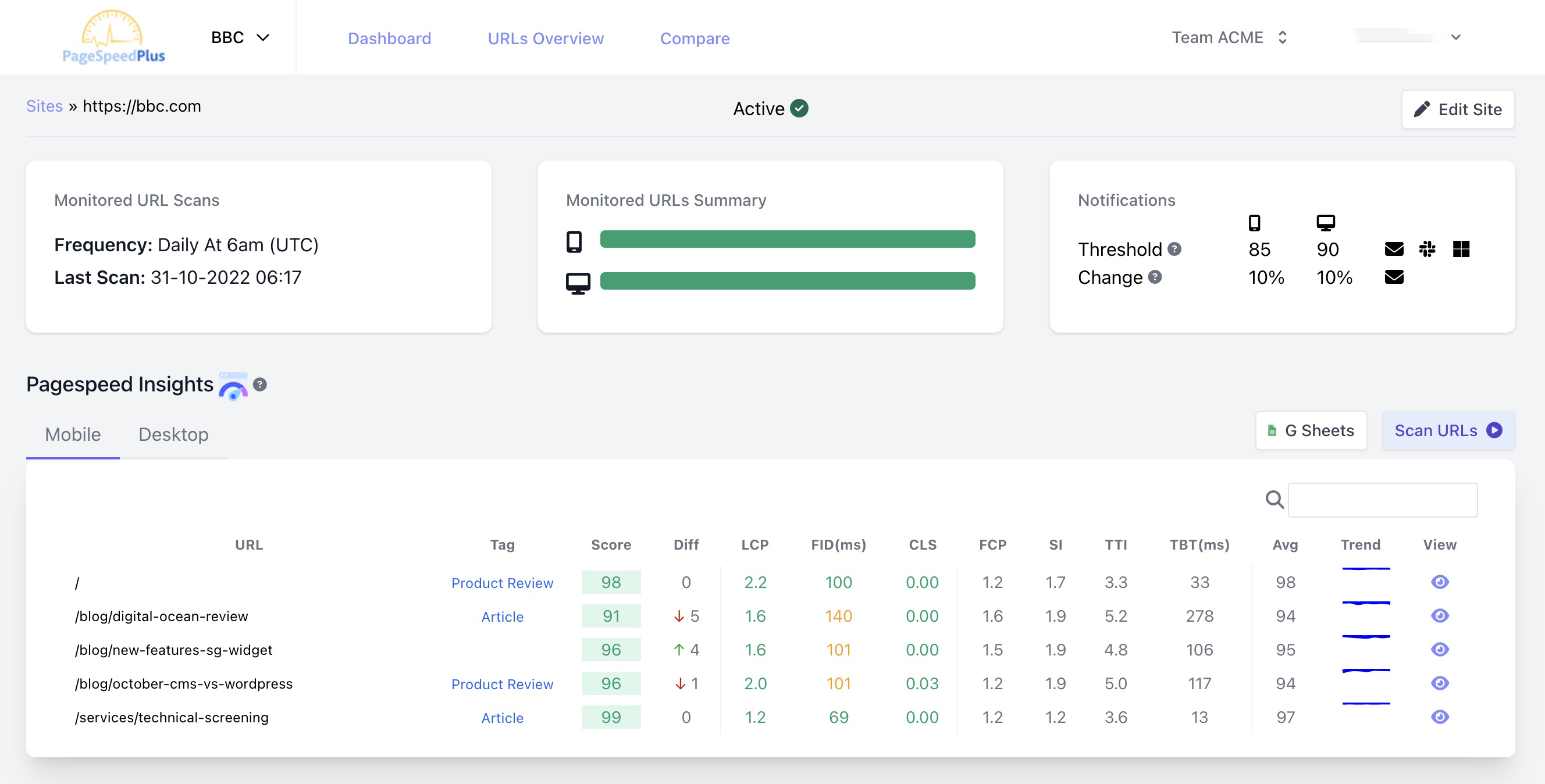 The application now looks more polished and professional and is ready for the next stage of features.

Side note - We thought we could jump straight into tailwind but a mental shift is needed to transition from Bootstrap so it’s worth spending a day doing a Tailwind crash course.

We’ve added Time To First Byte (TTFB) to the Web Vitals dataset that we collect. This is not yet one of the metrics that Google classes as Web Vitals, which are LCP, CLS and FID but is labelled as ‘Other Notable Metrics’ so we want to get ahead of the curve in case it becomes a Web Vital in future.

In the coming weeks, we’ll also be adding Interaction To First Paint (INP).

Notifications are at the core of PageSpeedPlus so you get alerts when your score drops. We’ve added Microsoft Teams to our list of integrations so if your company uses that, you can receive messages directly to your team chats. Just populate the Teams Webhook URL field for a site and notifications will be sent.

A notification after every scan is overwhelming especially if you have hourly scans running because it takes a few days for most teams to get a fix out so constant pings only become noise.

People still want some level of visibility of what’s going on with their websites without having to log in and click through each one to see the pagespeed history. To solve this, a Summary Reports feature has been added, which sends a daily, weekly or monthly overview of all monitored URLs for a site so you can get a bird's eye view directly to your inbox without logging in anywhere. 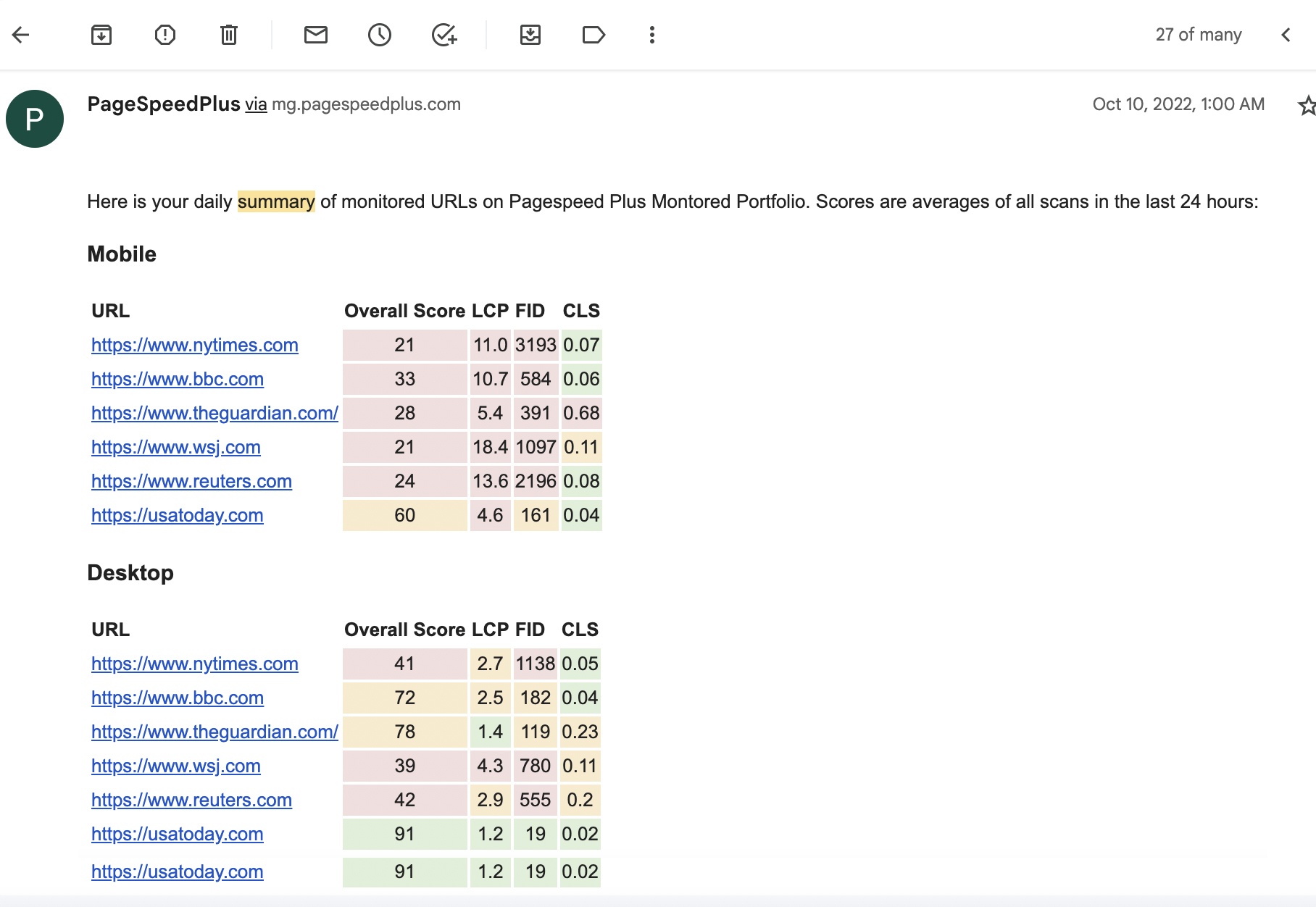 Multiple Users and a New UI forced us to completely overhaul our application from its initial design and has taken some time to get through. With these now complete, we can move on to some other features on the backlog and iterate much faster through them.

If there is something you would like to see added, just let us know and we will see what we can do.